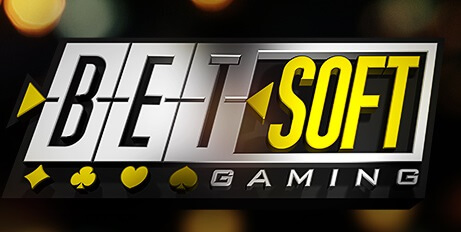 Betsoft slot games are presented with 3D graphics and other innovative features. They originally began with the Slots3 series for iOS but have expanded across alternative platforms. 2012 saw the release of their ToGo series of mobile slot games which are optimized for Android, Windows and iOS. These include many of their popular Slots3 titles such as The Slotfather; Boomanji; Greedy Goblins; After Night Falls; At the Copa; Rooks Revenge and Mr Vegas.

Betsoft slot games are highly focused on presenting high quality aesthetics and sounds with intricate themes portrayed as immersive as possible. Game play is made easy with unique or plentiful bonus games to attract players to big winning opportunities.

What to Expect from Betsoft Slots

Betsoft slot games can be played for real money or for free in the free play mode. Free play allows players to enjoy the slot games purely for fun or to practice a few rounds before betting real money. Proprietary technology is used by Betsoft much like animated film studios. The 3D graphics and animations are refined and sound effects are high quality recordings. There are a small number of online slot games that have been developed by Betsoft that do not feature 3D graphics but they are considered to be just as innovative.

When opting to play Betsoft slot games on mobile, players do not have to download any applications for the various mobile devices as the software uses flash technology and can be accessed directly from the device’s web browser. The Betsoft slot games are compatible with iOS, Android and Windows operating systems.

The Security of Betsoft Slot Games

The security of various online casinos may not be guaranteed to be safe but those providing Betsoft real money slots games can guarantee that the random number generators of their slot games are certified fair and trustworthy by Technical System Testing. Those affiliated with Betsoft are safe from those trying to predict the winning slot combinations.

Being a system integrator, Betsoft links the gap between operations in the back office with the services in the front end. This makes security of financial transactions privy to only the authorized online casino operators.