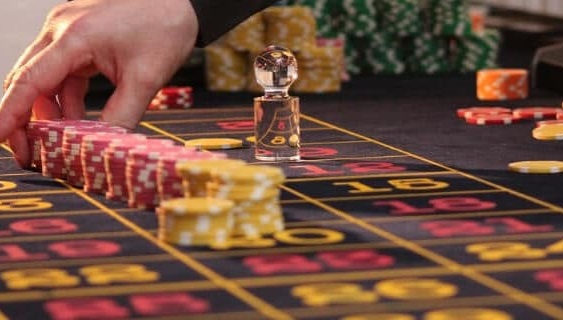 The term of breaking the bank refers to the situation where a player wins a large amount of money from a casino while playing a game. It can also refer to a player that has won more chips than are available at the table. Alternatively, in extremely rare cases, it can be used to describe a player that has won more money than the casino has available at the time. It is theorised that a player could potentially play until the casino had completely run out of money, and would have to close down for business, essentially with the player owning the casino by the end. This is not possible, however, as casinos will extend limitations to the amount of money that can be won by a player once they see the player is doing exceptionally well.

The Origins of Breaking the Bank

The term of breaking the bank itself can be sourced back to the extremely popular casino scene in France. In France, the term is known as faire sauter la banque, which roughly translates to blown up the bank. It essentially means the same as breaking the bank, however, and applies to any scenario where a player manages to win against the casino, to the sum of millions in many cases. In France, if a player manages to break the bank, a shroud is placed over the playing table, and the game remains paused until a new set of chips are delivered to the table.

Famous Examples of Breaking the Bank

One of the earliest accounts of a player breaking the bank dates back to 1873, in Monte Carlo. A man by the name of Joseph Jagger managed to identify a roulette table where certain numbers were landing more often than others. He used this information to play the roulette table, and eventually walked out with a sum of $350000, which was considered a massive sum in that day and age.

In 1891, a roulette player by the name of Charles Wells was able to break the bank 12 times in the period of 11 hours, ultimately walking away with a total sum of one million francs, a fortune at the time.

In more recent times, a man by the name of Don Johnson managed to break the bank using blackjack, where he was able to count cards successfully. He won $11 million at the Tropicana casino situated in Atlantic City using this method. Previously, he had won $4 million at Caesar Casino, and $5 million at Borgata. All the casinos had to set a limit to the amount of chips he could play, otherwise he would have continued playing until the casinos had run out of money. Johnson had negotiated with the casinos to certain terms regarding the rules of the game, and it is reported that at the Tropicana, he was only risking 80 cents for every one dollar that he bet.

Breaking the Bank in Conclusion

Being able to break the bank and win all the money a casino has to offer is the dream of every player in the world trying their luck at various casino games. However, with the right mathematical skills, and visual coordination, it is possible.