Diggstown is a comedy drama film from 1992 about a con man, just out of prison that gets into a bet with a dangerous tycoon and former boxing manager. The film only made back $4million of its $17 million budget, but it received critical acclaim and a solid film with a great premise.

The Plot of Diggstown

Gabriel Caine is a conman, just released from Winfield prison. He is soon joined by his former partner Fitz to start working on their next big con. They end up in Diggstown where they meet John Gillon, a famous resident of the small town since he managed the championship boxer after whom the town was named. Fitz, pretending to be drunk, agrees to a wager with Gillon that they can get a fighter who can knock out ten of Diggstown’s best boxers in one day, after a remark that Malcolm Diggs, the aforementioned boxer, once knocked out 5 boxers in one day. Caine finds his old buddy, a boxer by the name of Roy Parker who is now retired and working as a coach at the YMCA. He convinces Palmer to take part in the wager.

Roy Palmer will now need to defeat 1ten of Diggstown’s best boxers in one 24 hour period. With Caine being the con man that he is, the boxers are dispatched in a variety of ways, but mostly through Palmer’s power and skill. The film builds to a tense and violent climax with the increasingly tired Palmer trying to keep up with increasingly difficult matches as well as trying to stay one step ahead of the villain Gillon’s scheming and double dealing. 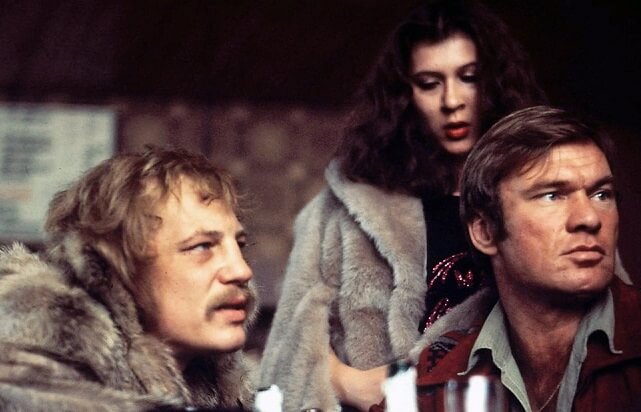 The Cast and Actors

Louis Gosset Jr is an academy award winning actor, most well known for his role as Gunnery Sergeant Foley in the 1982 film, An Officer And A Gentleman. He is also well known for his role in the acclaimed series, Roots. In Diggstown he plays “Honey” Roy Palmer, the boxer that Caine hires to defeat the ten Diggstown boxers. One of the ten boxers, Billy Hargrove is almost unrecognizable as a young Jim Caviezel, who went on to play Jesus of Nazareth in the acclaimed Passion Of The Christ.

The Fighters and the Antagonist

Bruce Dern plays the villainous lead, John Gillon. He is a seasoned veteran of the screen and he has been nominated for two Oscars. Heather Graham plays Emily Forrester, the sister of wolf Forrester. She would go on to act in Boogie Nights, Swingers and the Austin Powers Sequel, The Spy Who Shagged Me. Randall Tex Cobb, former boxer, plays Wolf Forrester. Randall previously guest starred in many films and series, including Miami Vice. The first boxer Palmer faces is world heavyweight contender, Rocky Pepeli.